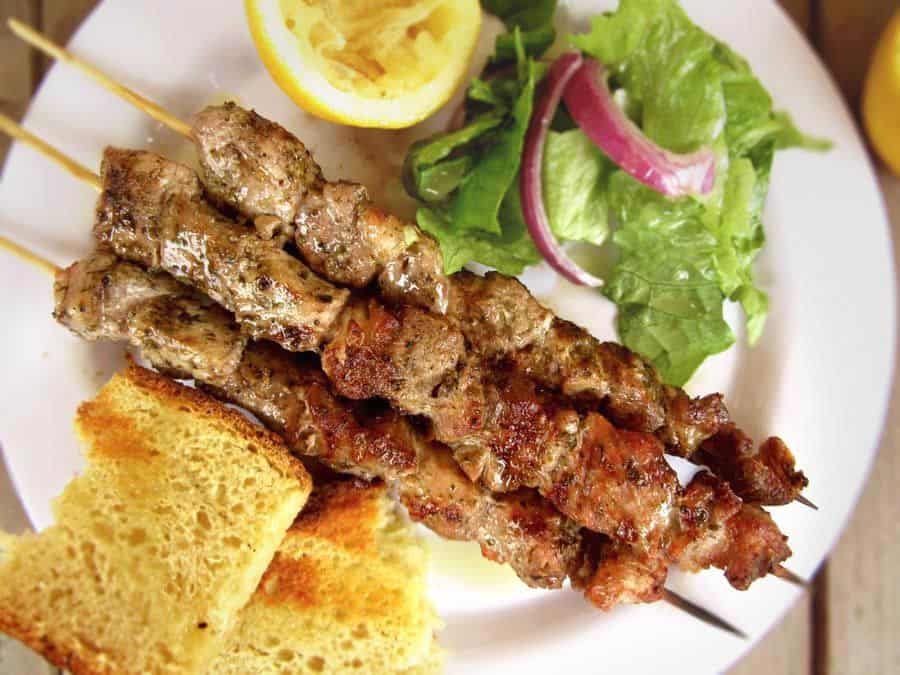 I think it's about time to upload a recipe for Traditional Greek Souvlaki. I mean how can you have a Greek food blog without the Greekest recipe? Other than Greek Salad, or Tzatziki, or Moussaka... Well, shame on me! I guess I will have to use the excuse that there are soooo many Greek recipes that I want to share, that I didn't have the time.?

And since I'm no good with excuses, I'll just stick to talking about the recipe. These mouthwatering, utterly delicious Greek pork skewers.

What Does Souvlaki Mean?

To begin with, I will make clear what Souvlaki is. I came across a recipe the other day on Pinterest, showing a picture of chicken thighs that said: How to make marinated Greek Souvlaki. Whaaat? Where did that come from? To call something a Souvlaki there is one thing that MUST be there. And that's a skewer, whether it's a wooden or a metal one. And the meat should be ON that skewer (stating the obvious, but you never know right?) 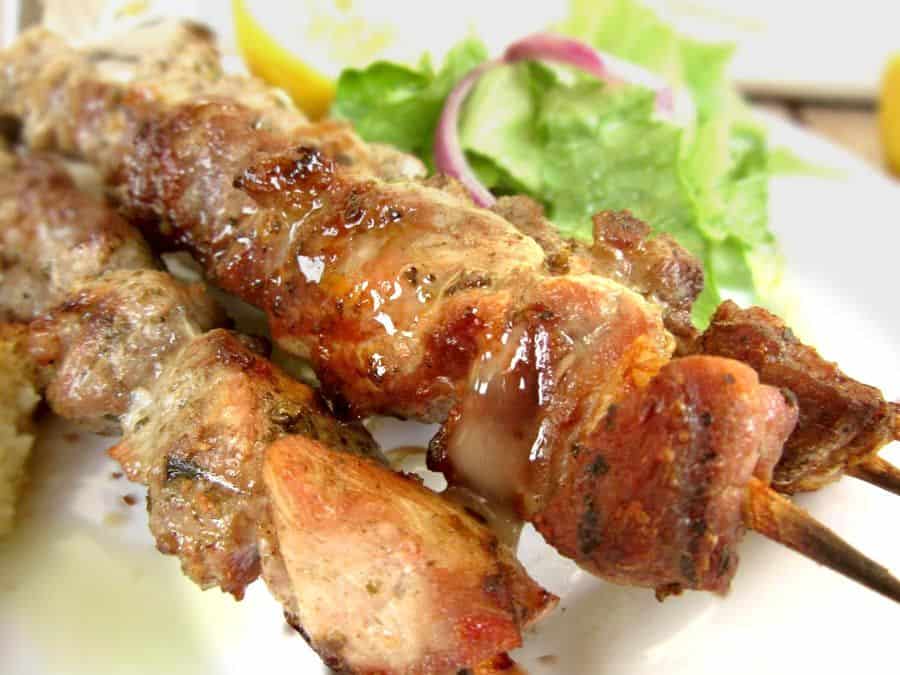 How To Make Greek Pork Souvlakis

So when we say Souvlaki, we refer to the skewer itself. Which means, a Souvlaki, can be anything from meat, and seafood, to veggies, cheese, and fruits. Traditionally in Greece, we have the pork Souvlakis, the chicken Souvlakis, and the mixed meat Souvlakis (usually made of both pork and chicken). The traditional Greek Souvlakis with the wooden skewer, are made at Greek Grill Houses (a type of restaurant that specializes in meat dishes). Including a bunch of other meats on a 'Souvla' (Spit). Like Gyros for example. 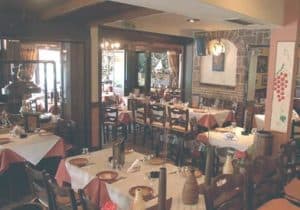 The other types of Souvlakis can be found at Greek restaurants and Tavernas.

A Metal Skewer Or A Wooden One?

And for two, the wooden ones are easier to marinate due to their size. While the souvlakis that are made with a metal skewer usually come with different types of veggies (like onion, peppers, and tomato) added between the pieces of meat, in order to give a boost of flavor. So, you either making smaller wooden souvlakis, properly marinated or you make larger souvlakis with a metal skewer and some veggies in between.

Okay, so you cannot make Greek Souvlaki Recipe without the Ladolemono dressing on top. Well, you can, but it will be like a turkey without its gravy. In Greece, this famous dressing is used on EVERY grilled meat. It's used like butter on toast. It's in fact, simply olive oil, mixed with freshly squeezed lemon juice but when poured over grilled meat, it makes a huge difference in taste. It instantly adds extra moisture to the meat, making it taste juicier. While the lemon neutralizes the strong flavor of fat out of the meat.

The authentic Greek souvlaki recipe, calls for a simple and easy marinade. Some olive oil, freshly squeezed lemon juice, dried oregano, and pepper is all you really need to make a delicious Greek Souvlaki. 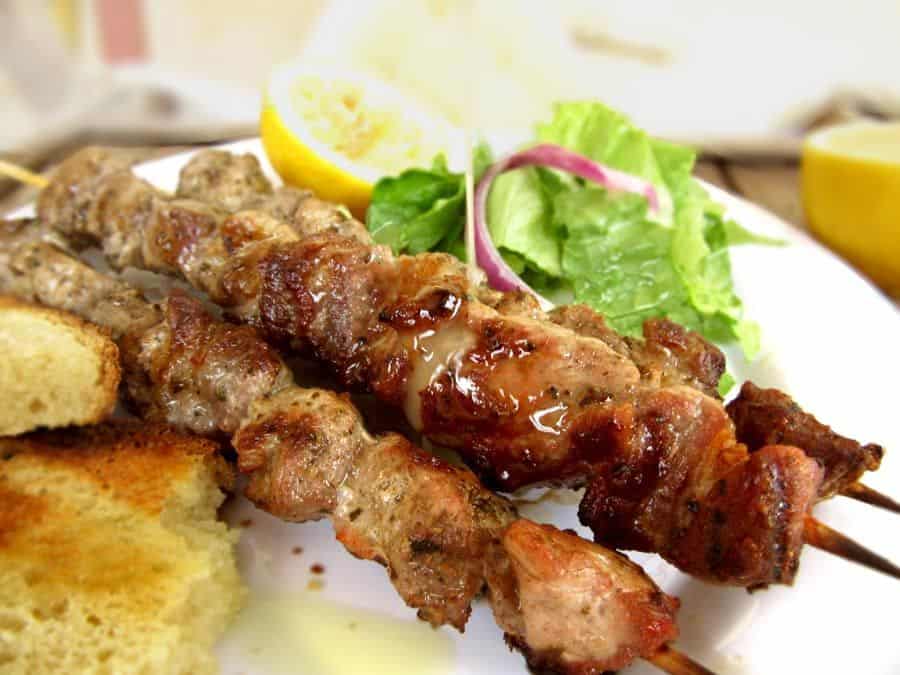 About The Greek Souvlaki Recipe

And again I managed to talk about everything else, besides my recipe. At least you now know, what Souvlaki is and how, and out of what, it is made of (or can be made of). This Greek Souvlaki Recipe is for making the Traditional Pork Souvlakis, with the wooden skewer and the Ladolemono dressing on top.

They're pretty simple to make. All you have to do is:

Pretty easy right? As for the type of meat that I use, it's boneless pork neck. Keep in mind that when you make Souvlakis, you need a piece of meat that contains an adequate amount of fat. Fat is needed, in order to keep the meat soft, moist, and also make it even tastier. 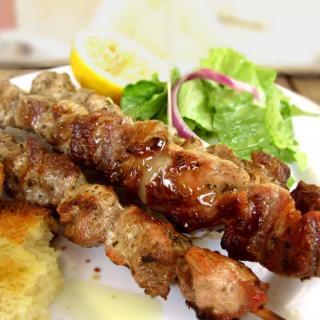 -If you are cooking on a BBQ be careful not to burn the wooden skewers. Try placing the skewers in a way that their bottom is on a spot where there is not too much flame. -If you do not have a dressing container for the Ladolemono dressing, use an empty bottle of water and make a small hole on its lid.