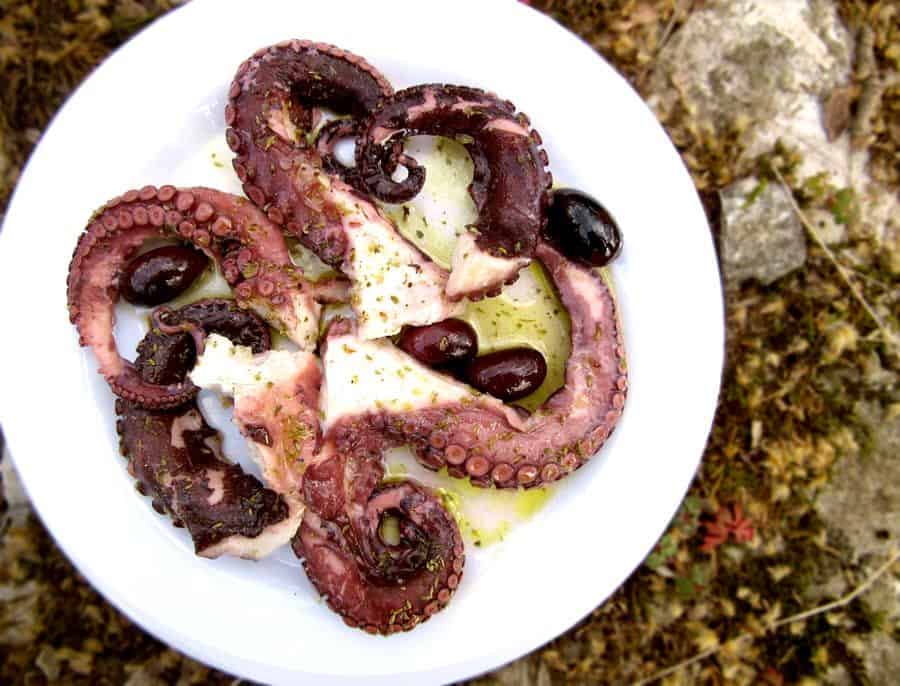 I think I can safely say that Greek Marinated Octopus is a dish, that's fit for a king. Or a Meze as we call it in Greece. Octopus is such a flavorful and unique ingredient that doesn't really need much in order to produce a delicious dish. In this recipe, it's simply marinated in vinegar and olive oil and flavored with oregano. And that's all it really needs to shine. The vinegar softens its meat and the olive oil and oregano give a nice Mediterranean flavor. Truly Divine or 'Theiko' 'Θεικό'!

Greek Marinated Octopus is THE MEZE for ouzo. It's on one of those small plates you will find on a table by the sea at a Greek taverna. With a bunch of old guys with mustaches sitting around drinking their ouzo, and talking 'a bit' loud. And boy, does ouzo need some MEZE...

Only two sips of this spirit and I'm down. I guess that's why they have all these Meze dishes that go with it. I remember one time an old lady sitting on our taverna and drinking about 5-6 glasses of ouzo with lemonade. It was the first time tried ouzo and really liked it. She was of some age and I was wondering how can she handle so much ouzo? Well, it turned out she couldn't. The moment she tried to stand from her seat she fell right back down.

HOW TO MAKE MARINATED OCTOPUS

When we refer to marinated octopus, don't think of long times in jars or anything like that. All it needs is to be boiled along with some vinegar to become tender. And then you add the extra vinegar on top, along with some olive oil and oregano. There, you get that marinated flavor in no time. There are only two things I want you to keep in mind when cooking octopus. 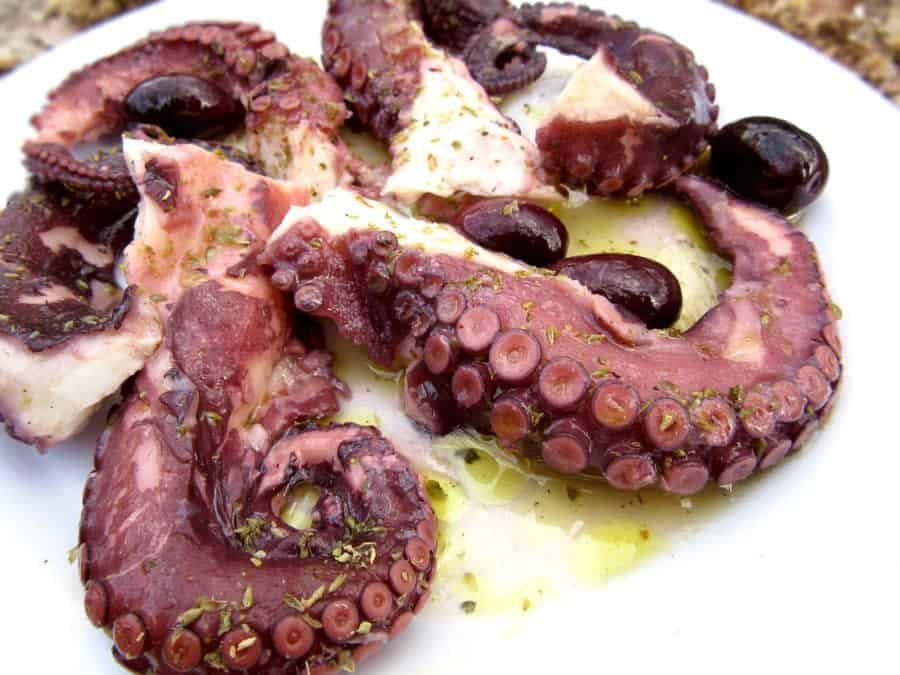 Firstly, octopus requires quite some cooking time in order to get tender. And meanwhile, keep an eye on that pot to make sure there is enough water for the octopus to cook properly. To tell if it's done, prick it with a fork to see if it's tender enough.

Secondly, we usually do not add any salt when cooking octopus. In most cases, it's salty enough on its own. But that's something that has to do with the seawater out of where it was fished. And sometimes also its size. Usually, when I cook an octopus that was fished by my father here on our island, I never add salt. If I cook a store-bought, frozen one, it sometimes needs salt if it's big in size (more than 2 kg). So, when cooking octopus, leave the salt for the end. Taste the octopus first, before adding any salt. Chances are it won't need any. 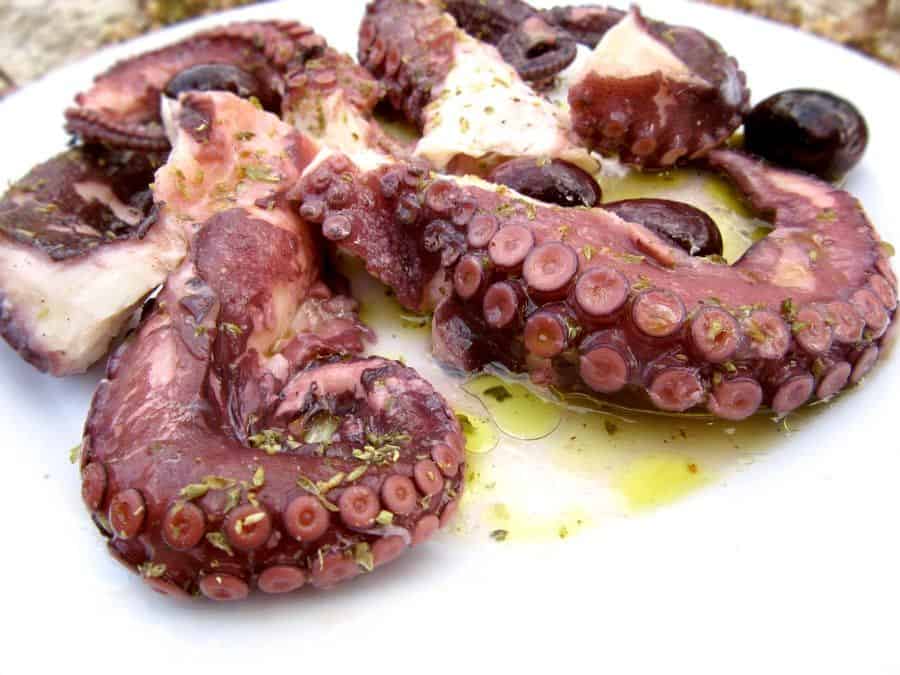 To conclude, it may be a bit expensive as an ingredient but there is a reason for that. It's an amazing flavor. If there is a special occasion you want to celebrate or dinner, keep this Marinated Octopus Recipe in mind. And if you are like me and cannot enjoy it together with some ouzo, try a dry white wine and some olives. Pure magic... 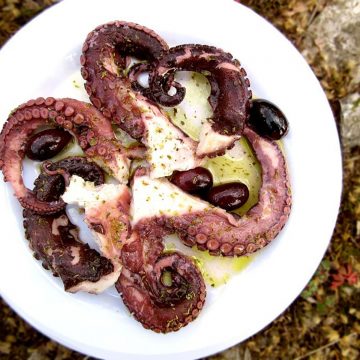 -You can store in the fridge for up to a week. -If you used real olive oil it will become cloudy when refrigerated. So remove from fridge 10 minutes before serving for the oil to come to room temperature.